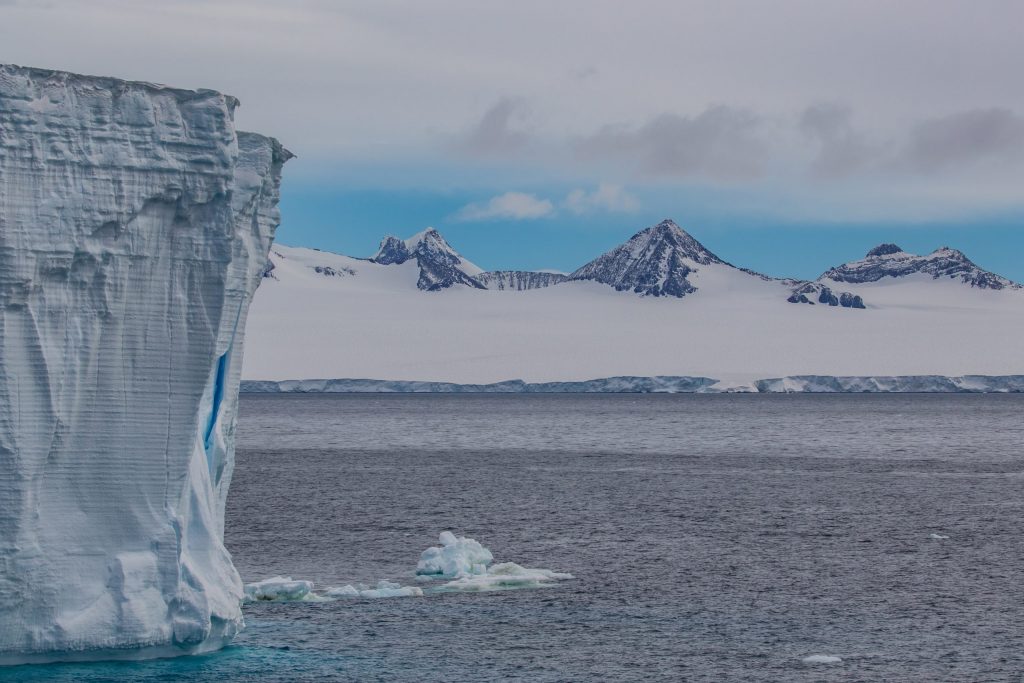 This adventurous polar expedition combines the exciting Weddell Sea with iconic landing sites as Ernest Shackleton’s legendary Elephant Island. You can hardly get a better experience of Antarctica than a voyage to the great Weddell Sea. Be prepared to see massive tabular icebergs, wildly dramatic landscapes, and fascinating historical sites. This extraordinary expedition is also perfect for observing juvenile emperor penguins.

Over the next two days on the Drake Passage, you enjoy some of the same experiences encountered by the great polar explorers who first charted these regions: cool salt breezes, rolling seas, maybe even a fin whale spouting up sea spray. After passing the Antarctic Convergence – Antarctica’s natural boundary, formed when north-flowing cold waters collide with warmer sub-Antarctic seas – you are in the circum-Antarctic upwelling zone.

We will arrive early to the famous Point Wild, Elephant Island, where Shackleton’s crew made their first landing after the loss of their ship Endurance. This inhospitable spit of land is a favourite among our guests, and if conditions permit, we will offer activities around the point before setting off for the Weddell Sea.

This morning we hope to land at Brown Bluff with its impressive scenery and nesting Adelie penguins. In the afternoon, we head across the Antarctic Sound to Kinnes Cove for a landing, where you can see the nearby Madder Cliffs with their subtle red coloration as well as nearby gentoo penguins.

Today we explore the southern end of the Antarctic Sound, including the islands of Jonassen, Andersson, and Rosamel, depending on conditions. In the afternoon, we head to Paulet Island, where an historic hut remains from the 1903 Swedish Antarctic Expedition of Otto Nordenskiöld. This hut enabled the team, whose ship had been crushed in sea ice, to survive until they were rescued.

You may also visit Vega Island, experiencing the wilderness of Antarctica in its most remote places.

The aim is to spend the day on and around Devil Island, an impressive landing site that gives us the chance to ascend the summit and take in breathtaking views of Erebus and Terror Gulf, as well as our ship anchored in the bay below.

Today you can explore the area of Herbert Sound, named after the great explorer Sir Wally Herbert. We will focus our attention on the area of the Naze Peninsula and Comb Ridge on James Ross Island.

We sail as close as the ice allows to the northwest area of Erebus and Terror Gulf, where the Beak and Eagle islands await us. As with other islands in this group, they are volcanic in origin. Beak island has two freshwater lakes that are home to unique ecosystems, and Eagle Island offers spectacular scenery. It is most famous for being the hottest place in Antarctica during a heatwave that melted 20% of the island’s snow and ice in 2020.

The next plan is to visit Deception Island. Actually a subducted crater, this island opens into the sea and creates a natural harbor for the ship. An abandoned whaling station, and multiple bird species – cape petrels, kelp gulls, brown and south polar skuas, and Antarctic terns – can be seen here. Wilson’s storm petrels and black-bellied storm petrels also nest in the ruins of the whaling station in Whalers Bay.

Your return voyage is far from lonely. While crossing the Drake, we are again greeted by the vast array of seabirds remembered from the passage south. But they seem a little more familiar to you now, and you to them.

Every adventure, no matter how great, must eventually come to an end. It’s now time to disembark in Ushuaia with memories that will accompany you wherever your next journey leads.