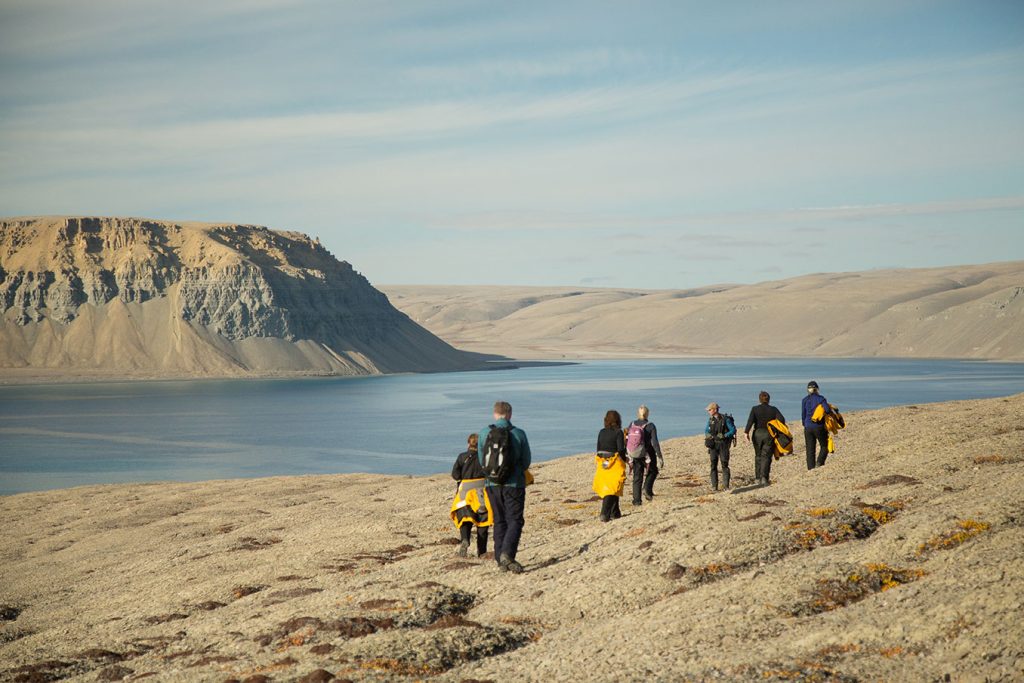 Here, at the top of the world, nature has created unique wonders in astonishing variety. Our game-changing new expedition vessel Ultramarine, equipped with two twin-engine helicopters and 20 quick-launching Zodiacs, enables you to explore this breathtaking environment from brand new perspectives. You’ll experience the same sense of wonder felt by early explorers as they navigated the region’s formidable bays, inlets and channels. On this exciting itinerary, we follow the natural guides of sea and ice to showcase the region’s cultural, historic and geographic treasures, aiming to approach the farthest stretches of this rugged, rarely visited landscape. Ultramarine’s unprecedented range of adventure options, including activities such as helicopter flightseeing, gives you an unrivalled polar experience. You’ll be able to view the magnificent wildlife that make their home in this forbidding region: sea mammals, polar bears, muskox, and possibly even the elusive arctic wolf. From soaring cliffs to mummified forests, spectacular glacial formations to stunning alpine vistas, expansive waterways to sheltered shores, Canada’s Remote Arctic provides the definitive experience of a mysterious, magical region few ever get to see.

Your Arctic expedition begins in Toronto. Explore this vibrant city on your own before you spend the night enjoying the comforts and amenities of your designated hotel.

Fly to Resolute and Embark

This morning, board your charter flight to Resolute, Nunavut. Upon arrival, you may have a chance to check out this small hamlet on foot before being transferred to your ship via Zodiac or helicopter (depending on ship location and weather conditions).

Disembark in Resolute, Canada and Fly to Toronto

After disembarking in Resolute, you’ll be transferred to your charter flight to Toronto, where you’ll spend the night at your included hotel.

Today, make your way to the airport to catch your homeward flights, or spend the day exploring this fascinating city.