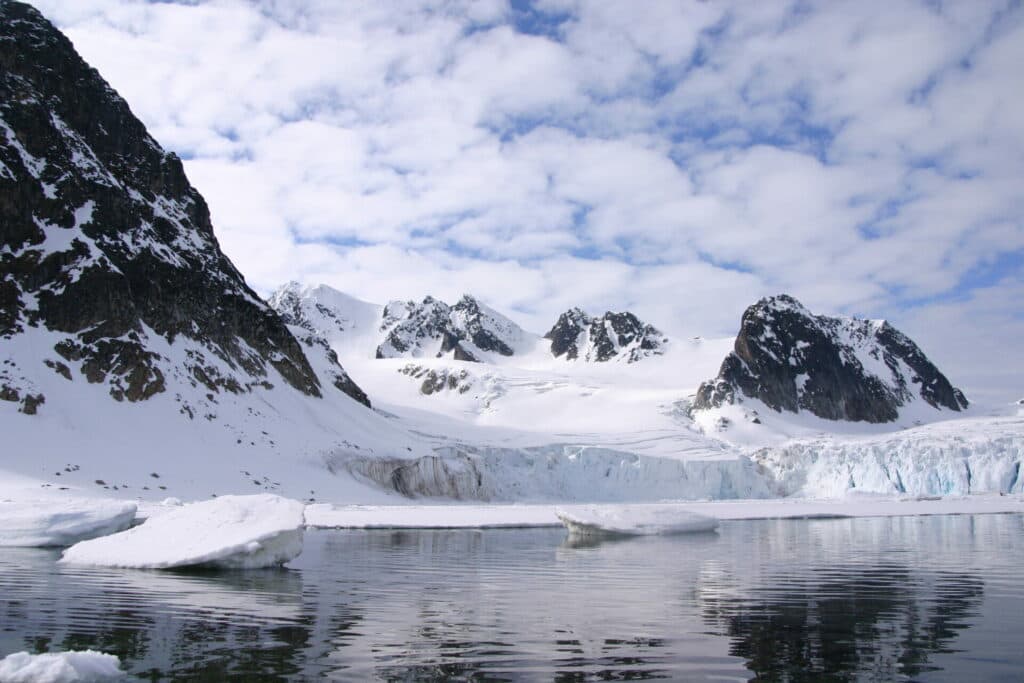 Search for whales, polar bears, birds and other exotic wildlife among the Arctic sea ice while enjoying the 24-hour daylight of the midnight sun, which provides excellent conditions for outdoor photography and activities.

In this engaging audio workshop, we will provide you the theoretical background of various acoustic tools that we will help you use to locate and interpret the songs of whales and seals. This fun and informative workshop covers both the theory and practice of analyzing marine mammal sounds, requiring you to bring no additional equipment.

After an exciting sailing through straits and fjord we arrive late morning at Smeerenburg, where a large group of Walrusses often lays at its haul-out place. It is also a rare opportunity to see Harbour Seals on rocky islets. Smeerenburg was an important whaling station in the 17th century. Later on the day we land at Fuglesangen, where we have a great opportunity to sit among hundreds of nearby Little Auks. In the evening we make a short landing in Birgerbukta, where the Basq whalers had their station, and continue into the splendid Raudfjord.

Raudfjord, with glacier fronts, is a good area for meeting Polar Bears and Bearded Seals on fjord ice, which is still unbroken. In Hamiltonbukta is an impressive colony of Brünnichs’s Guiillemots. Later we visit Ytre Norskøya, a small island which was used for many years as a lookout point for Dutch whalers. There we can still follow their tracks to the summit of the island. On shore the remains of 17th century blubber ovens can be found near about 200 graves. The north side of the island offers the rare opportunity to see Puffins near their breeding places. There is also a small colony of Kittiwakes. From there we sail northwest to the edge of the pack-ice.

At sea sailing from 80 N to 76 N along and in the outer fringes of the ice edge looking for Bowhead Whales, Harp Seals, Hooded Seals, Polar Bears and migrating seabirds like Little Auks, Brünnich’s Guillemots, and Kittiwakes. On previous voyages in this area we have sometimes seen up to hundred Bowhead Whales. On the last day, at open sea we have good chances for Northern Bottlenose Whales and the first Fin Whales of the season.

Bellsund is a fjord system with two major branches (Van Mijenfjord, Van Keulenfjord) and a side bay (Recherchefjord). The geology is fascinating and has created amazing landscapes, such as the long, narrow island of Akseløya that blocks Van Mijenfjord almost completely. The rich wildlife of the area has attracted hunters throughout several centuries, including English whalers, who also wintered there. – we will walk in their footsteps and see remains of their huts. We see often Polar Bears and we have also seen Beluga (white whales) in this area. Much is depending on the fjord –ice how far we can sail into these fjords.