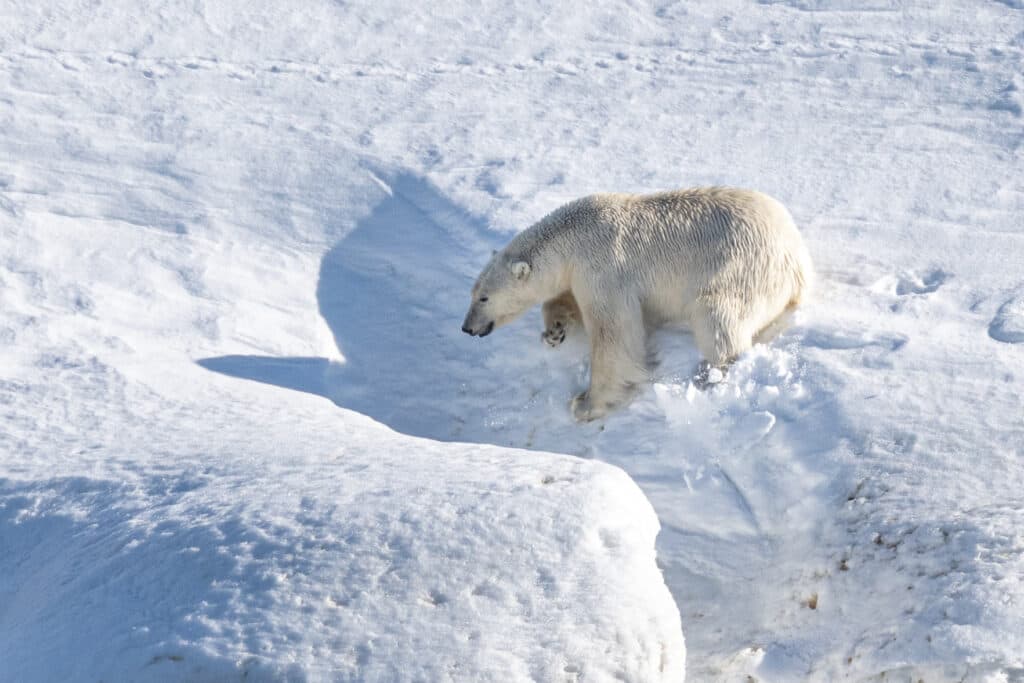 The midnight sun is a phenomenon that occurs during the Arctic summer, when the sun is visible for a full 24 hours in fair weather. The 2022 summer solstice in Longyearbyen falls on Tuesday, 21 June, at 11:13am. The term solstice (Latin solstitium) means “sun-stopping” and describes the point on the horizon at which the sun appears to rise and set, stopping and reversing directions after this day. On the solstice, the sun does not rise precisely in the east but rather north of east, then later sets to the north of west, making the sun visible for a longer period of time. It will not be until late August that the sun fully goes down again, and then only for a few minutes. Join us in experiencing this fascinating phenomenon during this voyage through the Arctic wilderness of Svalbard.

If you’ve ever wondered how ship crews and explorers navigate the high seas, this activity will give you all the basics of both historic and modern methods. Through engaging onboard workshops, we will provide you both the theoretical background of various navigation tools as well as hands-on training in how to use sextants, cartographic charts, and modern GPS units. All workshops are supervised by expedition staff and bridge officers with extensive experience in navigating multiple environments. You are not required to bring additional equipment. The guest speaker for this activity is Lothar Kurtze, a Fellow of the Royal Astronomical Society in London and volunteer project coordinator of the Faulkes Telescope Project in Germany and Austria. Lothar operates a private observatory in Weinheim (Baden-Württemberg) and is often recruited as a lecturer in astronomy on Arctic and Antarctic expedition trips.

Designed for both beginners and advanced photographers, this fun and informative workshop gives passengers the chance to practice their nature photography skills under the supervision of a professional photographer. The photographer accompanies the workshop group during shore landings. Up to 20 people per guide can participate during landings, while anyone on board can attend photo lectures. During cruise days, everybody will be able to listen to photo lectures and workshops in order to learn more about objects, exposures, and photo composition. The workshop does not intend to instruct passengers in how to use specific camera models but instead teaches basic rules of photography for better outdoor pictures. Participants with special photographical interests must bring their own equipment corresponding to those interests.

Remains of the Arc-of-Meridian Expedition

For those interested in polar science history, this voyage offers you the chance to see the remains of a major scientific endeavor. In 1823, the Irish scientist, soldier, and explorer Edward Sabine had an observatory on Indre Norskøya, an island in northwestern Svalbard. Using a pendulum to study gravity, he suggested a project to measure the meridians (lines of longitude through the poles) on Spitsbergen, the goal of which was to define the curvature of the Earth. At the end of the 19th century, this project was finally carried out during the Swedish–Russian Arc of Meridian Expedition. The measurements required a chain of triangulation points that reached from Crozierpynten and Vesle Tavleøya in the north to Keilhaufjellet in the south. Most of the rock cairns built for this project can still be seen today, and it is our aim to view the ones that lie along our route.