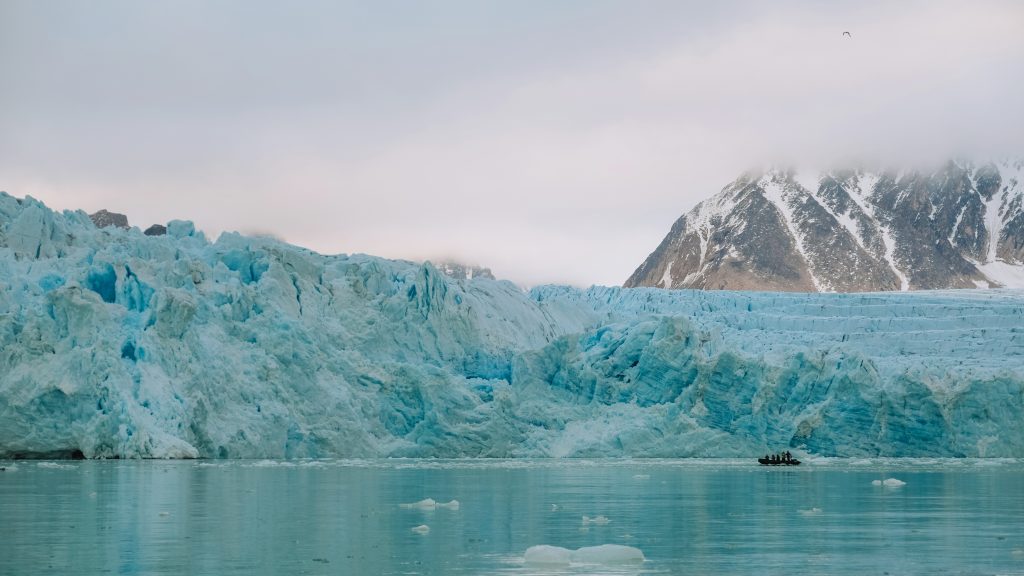 Join our expedition to the north of Svalbard to take in the lovely landscapes and wonderful wildlife. We will attempt to land on Kvitøya, a site of historical significance, and home of a large walrus population.

Sailing to Raudfjorden, on the north coast of Spitsbergen, you take in an expansive fjord spilling with glaciers – and maybe even visited by ringed and bearded seals. The cliffs and shoreline of this fjord also support thriving seabird colonies, rich vegetation, and the possibility of polar bears. In the evening you sail by the island of Moffen, where you can find a large herd of walruses.

You next sail through Beverleysundet, formerly navigated by the Swedish-Russian Arc-of-Meridian Expedition in 1898. From here you push east along Scoresby Island into Rijpfjord, where the German Wehrmacht operated the weather station Haudegen (now off-limits) until September 1945. The aim in Zorgdragerfjord is to have one group walk the eastern shore while another walks the north side of Arkvatnet, through Havsuldalen to the entrance of Duvefjorden.

Pushing east to Nordaustlandet, you reach the area where the Italian captain Sora tried to rescue the Nobile Expedition in 1928. The focus here is the great glacier front of Schweigaardbreen, though you may also land at Firkantbukta, getting the chance to gain some altitude and take a few higher- elevation photos. Alternately we sail to Behounekodden (the telegraphist of Nobile) and Soraberget.

Today you try to reach the rarely visited Kvitøya, far to the east and close to Russian territory. The enormous ice cap covering this island leaves only a small area bare. You land at the western tip of Andréeneset, where the Swedish explorer S. A. Andrée and his companions perished in 1897. Another objective for the day is Kræmerpynten at the far east of the island, where a sizable group of walruses resides.

We sail due North toward the North Pole and if sea ice allows, we expect to reach your northernmost point, at the 82nd parallel. While retracing your route southwest, keep watch for polar bears and elusive Greenland (bowhead) whales and a very rare narwal. This is the time of year when we have seen Ross’s gulls in the area.

In the Seven Islands at Rossøya we could land at the northernmost land in Spitsbergen. On Vesle Tavleøya we can see the marks of the Swedishe-Russian Arc of Meridian Expedition (1899). On Phippsøya we usually meet a flock of walruses. Polar bears inhabit this region, so the ship may park for several hours among the pack ice before wheeling around west again.

Today we sail into Krossfjorden in the main island of Spitsbergen, where you’ll pass through staggeringly scenic alpine mountaintops, active glaciers, and rich vegetation.