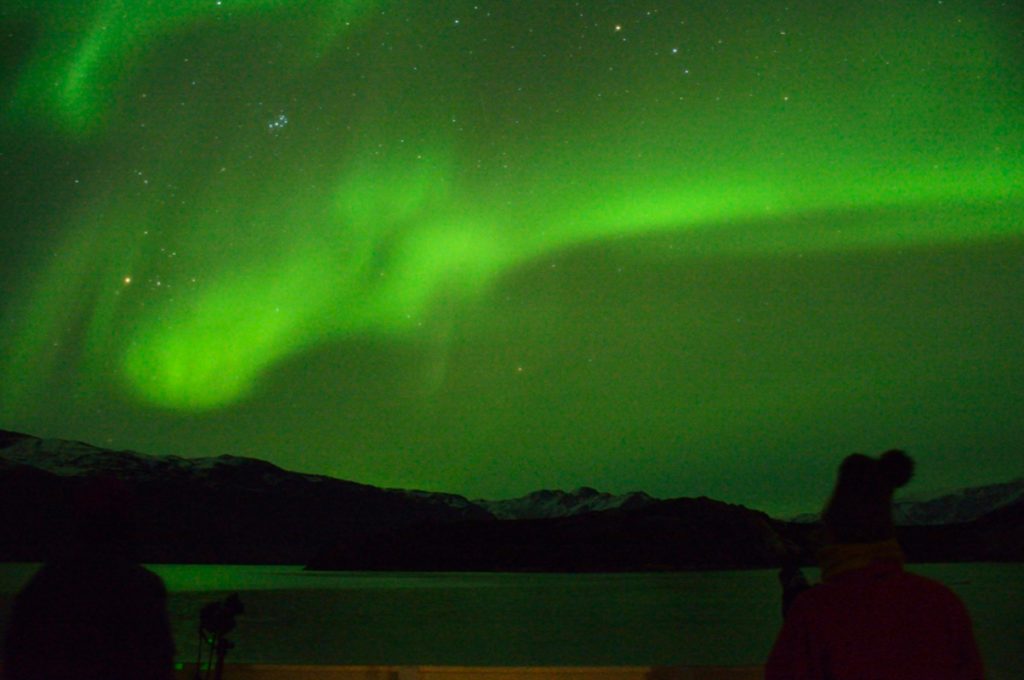 The Spitsbergen and Northeast Greenland cruise sails waters filled with breath-taking scenery. The expedition passes through areas that are home to seals, seabirds, whales, and polar bears, topped off with nighttime viewing of the Northern Lights.

When sailing westward along the 80 Degrees Parallel we soon see the jagged edge of the east Greenland sea ice flashing into sight ahead, depending on the conditions. Keep watch for whales and migrating seabirds here.

We work our way through the sea ice toward the Northeast Greenand Polynya and hope to reach Franske Øer and Ile de France. These Islands were first reached by Duke of Orleans on the Belgica in 1905. We want to go ashore at Kap St. Jacques, where under guidance of an archeologist of the Nuuk National Greenland Museum we can see the remains of Independence II culture.

When sailing into Dove Bugt, we have landing possibilities at the south coast of Germania Land, a mostly unglaciated area west of the Danmarkshavn station. Alternatively, we land at Store Koldewey, named by the second German Polar Expedition of Koldewey 1869 –’70.

At Shannon Island we try to land on Kap Sussi in the area of a German weather station from 1944. On Shannon Island Sabine in 1823 did his pendulum experiments. At its south side is Hvalros Island, where the population of walruses is increasing again.

At the south side of Clavering Ø the English Explorer Clavering met in 1823 local Inuit. It was the first and last time that these people ever were met by Europeans in Northeast Greenland, but the remains of their material culture are frequently seen. We hope to make a landing near Eskimonaes

As you approach Greenland, you may sail through the sea ice into Foster Bay and land at Margrethedal, where at the east side of the river are remains of Thule culture from some centuries ago. The lower tundra areas near the shores are populated by musk oxen. From here you sail through Kaiser Franz Josef Fjord, surrounded by towering mountains and bright interior icebergs.

You pass Teufelschloss (Devil’s Castle), a mountain with layered geology. On the other side of the fjord is Blomsterbugt (Flower Bay) and the intended landing site. In the afternoon we continue through Antarctic Sound and make a landing on Marie Island.

The first half of the day you spend in Blomsterdal (Flower Valley) near Antarctic Havn, a where we often spot groups of musk oxen. Another possibility is Ørsted Dal, with landing at Cape Seaforth. In the evening we sail through the strait between the island of Isikaja and the mainland. Until 20 years ago Isikaja was connected to the mainland by a glacier, which now has disappeared.

We sail southward in the cold East Greenland Current and later in the warm Gulfstream Current with a multitude of sea life (whales, seals, seabirds) at the mixing zones of these waters.

Every adventure, no matter how grand, must eventually come to an end. You disembark in Akureyri, where on request you can transfer (T) by chartered bus (a six-hour drive that you must book in advance) to the Reykjavik city hall, taking home memories that will accompany you wherever your next adventure lies.