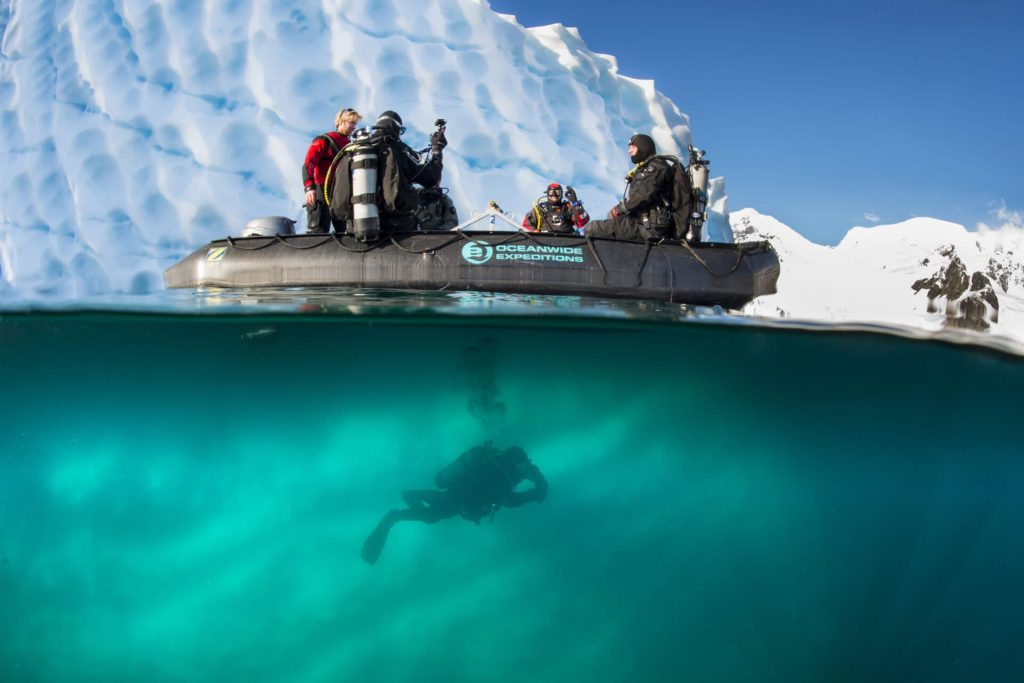 There are great opportunities also for kayaking and camping in this area, and when conditions are right, you can even snowshoe around the shore and to the old ski-way at nearby Damoy Point.