Travel Guide to the Arctic

Looking for information about when to travel to the Arctic, what kind of wildlife you might see, and which destinations travelers can visit? Our Arctic guide has everything you need to know. If you have specific questions about the Arctic region and travel, check out our Arctic FAQ, or contact the Polar Holidays team!

Ask Us A Question
Start planning

When to Travel to the Arctic

Depending on the experience you are looking for, you may choose between a few summer months to plan your Arctic cruise. Travel is possible during longer, lit summer days. Due to winter weather there is not travel service to the Arctic year round. Summer days can last between 18- 24 hours depending on the month which provide plenty of daylight for sight-seeing, wildlife viewing, and photography. Read more to learn about when to book your Arctic cruise.

Svalbard
Svalbard (Spitsbergen) is the land of the Polar Bear. A Norwegian Arctic archipelago 600 miles south of the North Pole, it features rugged mountains and rolling tundra that offers plenty of opportunities for hiking and snowshoeing. It is the largest wilderness area in Europe, and you will find amazing scenery, and wildlife experiences that you will not find anywhere else on the planet.
Learn more
The Russian Arctic
A cruise to the Russian Arctic offers the opportunity to visit remote archipelagos and breathtaking ice-draped coastlines, where you may encounter iconic Arctic wildlife such as polar bears, walrus and seabirds. These cruises bring you closer to locations of historic significance, including the islands of Novaya Zemlya, once an important military region.
Learn more
The North Pole
Crush through multiyear ice on the Arctic Ocean, sightsee by helicopter on the lookout for walruses, seals, whales, and polar bears, or take a tethered hot-air balloon ride at 90 degrees N, weather permitting. Possible stops at the island of Franz Josef Land will have you in awe of the flora and fauna as you visit seabird colonies and retrace the footsteps of early explorers
Learn more
Greenland
Greenland is the largest island on the planet and the least populated country in the world. Most of the island is within the Arctic Circle, and the majority of the island is covered by the Northern Ice Cap, so the waters surrounding the northern shores remain frozen all year. Ice as thick as two miles can be found in the middle of the island, creating incredible mountaineering opportunities.
Learn more
Northern Norway
This region boast mountains hiding surprising sweeps of green farm and grazing lands in the interior. The coasts are notable for their numerous fjords that come in a wide range of sizes and shapes. The Aurora Borealis (Northern Lights) are visible on clear nights from mid to late September through to the middle of April.
Learn more
Iceland
Small on the map and enormous in person, Iceland barely feels like Earth at all. Isolated in the frigid North Atlantic and forged through centuries of volcanic upheaval and tectonic shifting, Iceland is staggering to look at and otherworldly to explore.
Learn more
Canadian Arctic
The Canadian Arctic Archipelago is in the extreme northern part of North America. It comprises over 35,000 islands which makes up much of Northern Canada. Cruise past towering fjords, visit historical sites and traditional Inuit communities. Be on the lookout for narwhals, walrus, beluga and right whales, ring and harp seals, as well as muskoxen and the iconic polar bear.
Learn more
Previous
Next

Our guide to Arctic wildlife provides a regional analysis of which animals Arctic cruisegoers are likely to see. Each Arctic destination is home to a number of different species – including but not limited to polar bears, reindeer, and many birds. 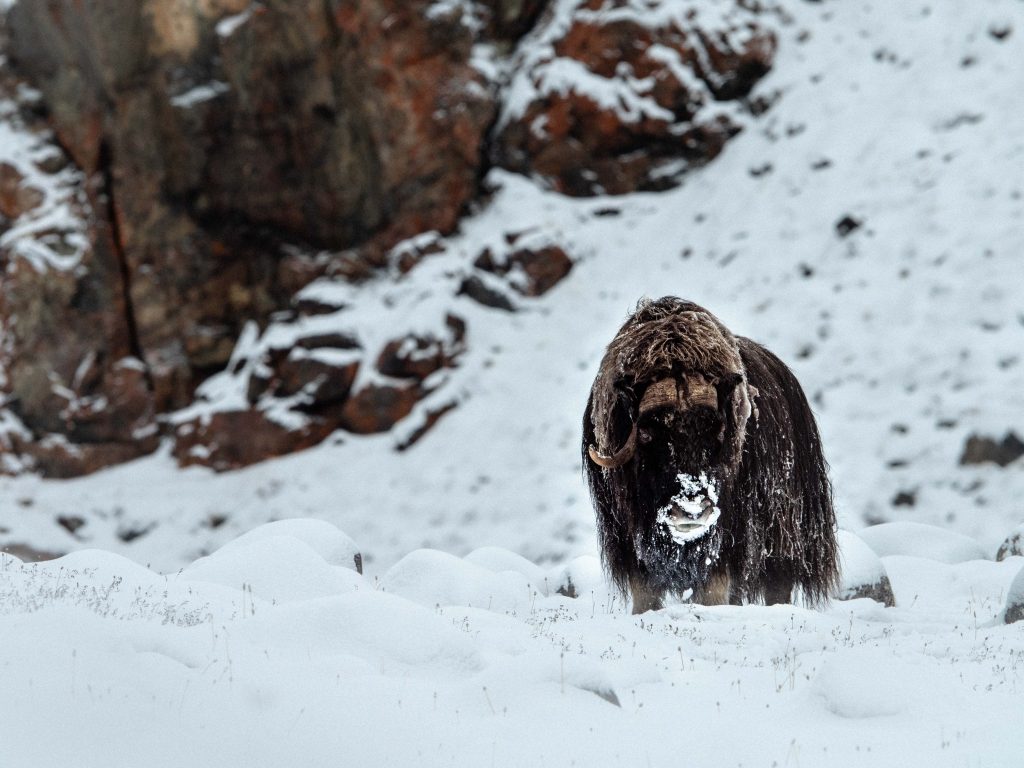 How is the weather?

Weather conditions are subject to change without notice, and temperatures can hover near freezing. The continuous daylight of the midnight sun will be warm in sheltered areas and you may find light attire such as t-shirts are occasionally adequate. You may likely encounter snow, fog, and white-outs during an expedition as well. Therefore, preparation for all weather types is recommended.

How much ice is in the arctic?

The amount of water and ice within the Arctic region is approximately 1/5th of the Earth’s water supply.

What is the Arctic climate?

All regions of the Arctic experience extremes of solar in both summer and winter. The arctic itself is mostly ocean that is somewhat encased by land. Therefore, the water drives the climate of the Arctic in that the ocean is never cooler than 28 degrees Fahrenheit. It is actually for this reason that Antarctica is colder than the Arctic in their respective winters.

Ready to Book Your Polar Expedition?

Ready to find your dream cruise?  Have questions? Contact Polar Holidays to schedule a free consultation with one of our booking specialists today!