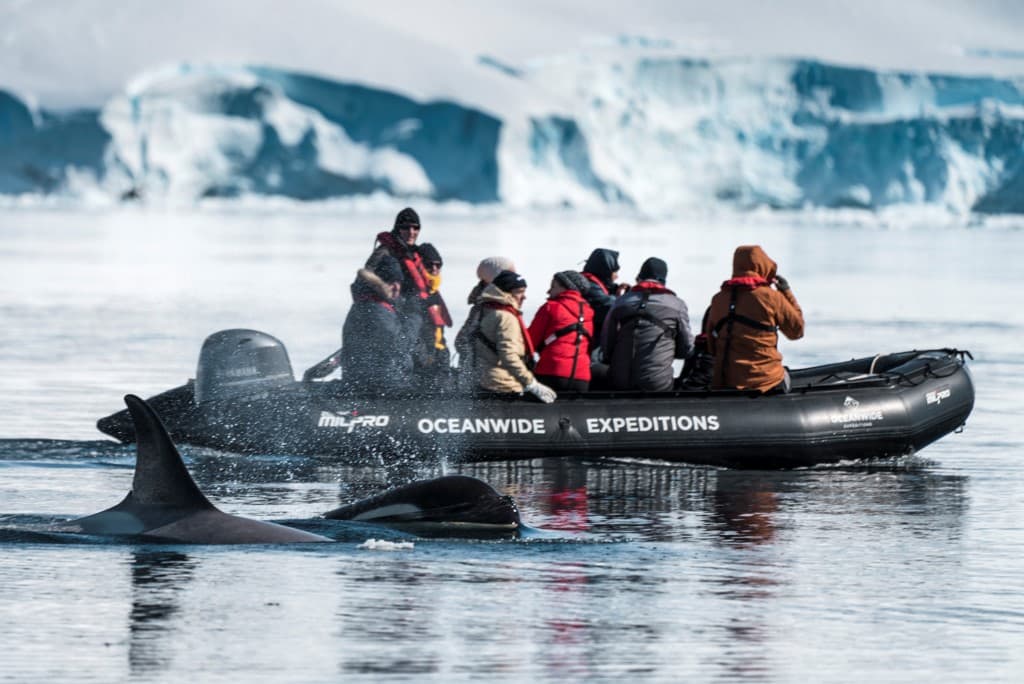 Cruise south to the frozen southern continent. Watch as the clearing mist reveals some of the most dramatic landscapes on Earth. Experience one of the most pristine regions in the world first-hand and enjoy the possible close encounters with spouting whales, lounging seals, and the penguins that may very well be just as curious about you as you are about them.

Pléneau & Petermann Islands – If the ice allows it, you could sail through the Lemaire Channel in search of Adélie penguins and blue-eyed shags. There is also a possibility you’ll encounter humpback and minke whales here, as well as leopard seals.

At the nearby sites, such as Damoy Point there may be the opportunity for snowshoeing to the old ski-way, this is also one of our favourite camping sites.

Wilhelmina Bay & Guvernøren  – This is a great place to spot humpback whales. You also may embark on a Zodiac cruise ending at the ghostly wreck of the Guvernøren, a whaling vessel that caught fire here in 1915. Around the Melchior Islands, amid a frozen landscape peopled with icebergs, you may encounter even more whales, leopard seals, and crabeater seals.