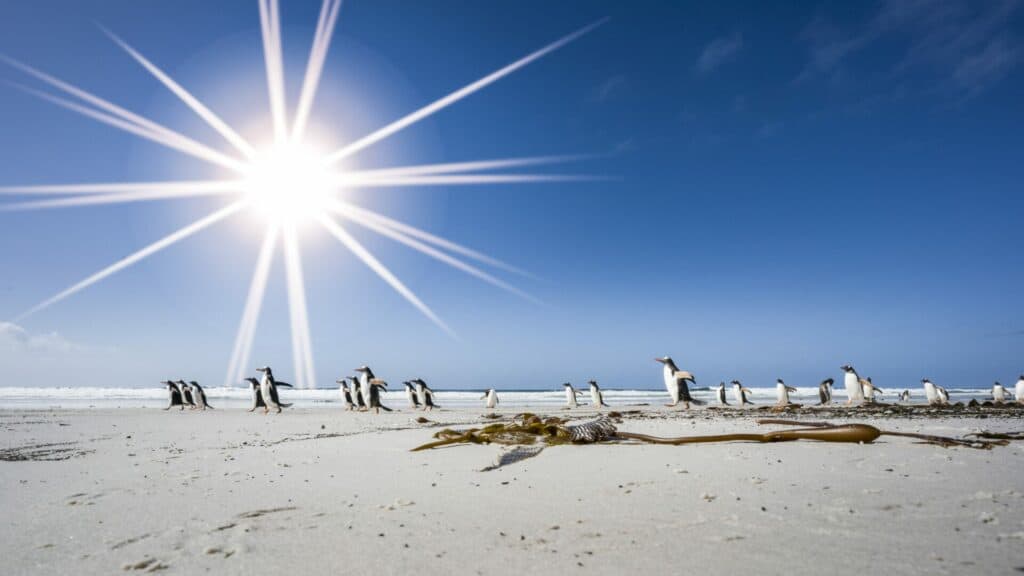 Carcass Island – Despite its name, this island is pleasantly rodent-free and hence bounteous with birdlife and many endemic species. Anything from breeding Magellanic penguins and gentoos to numerous waders and passerine birds (including Cobb’s wrens and tussock-birds) live here.

Prion Island – This location is closed during the early part of the wandering albatross breeding season (November 20 – January 7). From January on, the breeding adults have found their partners and are sitting on eggs or nursing their chicks. Enjoy witnessing the gentle nature of these animals, which possess the largest wingspan of any bird in the world.

Salisbury Plain, St. Andrews Bay, Gold Harbour – These sites not only house the three largest king penguin colonies in South Georgia, they’re also three of the world’s largest breeding beaches for Antarctic fur seals. Literally millions breed on South Georgia during December and January. Only during the mid-season do they peak in their breeding cycle. There will be some young adult Elephant seals as well as this seasons ‘Weaner’s; the young Elephant Seals that have been left to fend for themselves. Watch your step and stay cool when walking the beaches during this time.

If conditions aren’t favorable to enter the Weddell Sea from the east, the ship will set course for Elephant Island and head into the Bransfield Strait, between the South Shetland Islands and the Antarctic Peninsula. Here you can attempt to access the Antarctic Sound from the northwest.